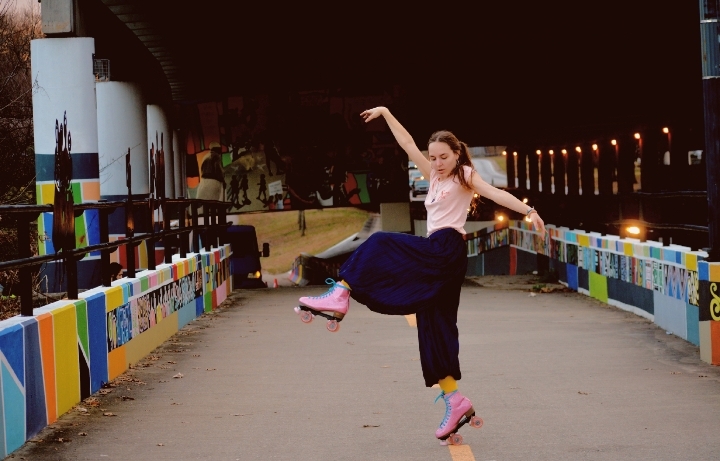 Originally, Indonesians have come up with particular behaviour that affects the artists` mindset with hesitation; stealing them away from opportunity to get involved in cultural exchange. It`s typical Indonesians when it comes to tradition embodiment; it`s their comfort zone, a major irrefutable stance leading to natural mandatory behaviour to preserve the culture and be responsible to conserve heritage. Many Indonesian pure artists are considered doubtful to innovate as some normally avoid leaving the country, taking chances to involve in cultural exchange projects got blown away like the wind.

Stephanie Burridge on her book “Regional Networks and Cultural Exchange” mentioned that perilousness prevails on cultural interchange path. There`s strong encouragement inside particular time-frame of process for artists to break bubbles, lift themselves out from optimal fundamental zone. A chance to influence that facing dispute isn`t odd, it`s actually a conjunction to enliven viewpoint in grasping attractiveness of cultural-based collaboration and get awakened to attempt more. Dispute might occur due to such breakthrough prevalence that happens among rigid concept – thus alteration is assumed as improper behaviour (Burridge 2010 p.129).

Peter Senge acknowledges idea of comfort zone as where people are happy to stay; area to feel familiar and certain – people perceive comfort and competence, and there’s no threat to self-esteem or identity. It`s identical with circumstance felt around Indonesian artists who are reluctant to leave home where sense of belonging exists. It`s underscored that most failures in change attempts are predominantly caused by disappointments that enable manifestation of desired outcomes. Thus, skill is extensively crucial in inaugurating and sustaining change. Being familiar with challenges and compromising discomfort aim to dispel discouragements and evict the tendency to revert to past ethics and behaviours which precipitated the performance gap. (2007).

“In response to Senge`s book, Guman emphasised that improving performance admittance is proposed towards need to concede and initiate as two fundamental keys. There should be innovation as plausible effort to lift Indonesian artists up from sacred comfort zone”.

Despite 33 provinces that frame Indonesia to have rich diversity, each province highlights its own culture whereby assimilation of art isn`t familiar to undergo. Acculturation is uneasy to be formed in amongst, as Indonesia is maritime nation – a geographical situation defined as movement of commodities, notion and individuals; but obviously the country`s performing arts are chiefly undeviating stance (Cohen. 2007). This leads to positioning of Indonesian artists who don’t see initial objective of innovation to blended culture; they’re unconcerned to innovate, since they are taught to be inward not outward looking, as Cohen also stresses that Indonesia prevails as maritime nation deeply etched by lines of goods traffic, ideas and people; yet it’s static term for the performing art (2007).

Moreover, consideration of expansion on creative industries throughout the nation is big concept of innovation emerges to link with the cultural sectors which stealthily aim to reduce importance of connection with traditional arts. This innovation policy allegedly appears to be where the big money is, and that salvage of cultural sectors from the blighted chunk of arts funding is the only approach which favours the arts (Oakley 2009). Therefore, Indonesian artists should innovate in art including cultural exchange, as it’s more promising in reality support compared to be stiff in holding to particular traditional practice.

In one exemplification, dances for Indonesians are representation of cultural behaviour shown from the movements and the artists expected to opt clear path between traditional and modern one – very much two comparative masterpiece frameworks in distinction. However, viscous Javanese dancer, Eko Supriyanto, altered the mindset by dancing for Madonna in 2001 which was a concrete example of breakthrough towards cultural exchange and bridge of traditional blood transforming into magnificent contemporary performer (Kata 2015).

Nonetheless, not many to have followed Supriyanto`s path as most traditional artists demonstrate keen recognition of their custodial responsibilities to maintain and promote intrinsic habitual forms in which they practise. “Again and again, they expressed desire to assure that the arts practices will remain alive, both in sense that they’re embraced by next generation of creators and continue to attract audiences from within their own communities and beyond” (Jazsi 2009), as reported by project team that interviewed diverse groups of Indonesian traditional artists for a research report case study.

“This sense of responsibility in preserving the originality of their home-grown art values and practices is not merely for the survival of the traditional arts, yet it’s a goal for larger initiative — that of sustaining and empowering the meaningful patterns of social dynamism (2009)”.

By that, meaning that it’s through artists’ engagement with local communities that most activities in Indonesian traditional arts are structured. It’s understood that the arts have always been integral fragment of social life in the Indonesian society; which clearly becomes another obstacle for cultural exchange in engaging chances to work with Indonesian artists, as they’re communal in nature.

Moreover, these artists are enclosed by family and friends who conduct them in traditional implementations. The artists are impotent to explore hybridism of movements whereas it’s conceivable to be regarded as radical, inauthentic, and inappropriate expression of reinterpretation, and yet they’re taught to be performers of indigenous identity. Quoted by Lelyveld on De Javaansche danskunst (qtd. in Cohen), “Modern performer such as dancer Raden Mas Jodjana (1895-1972) dismissed as inauthentic due to overly ‘individualistic’ interpretations of tradition which would compromise its purity, and hybrid arts such as keroncong or kethoprak merited little consideration.” They were claimed to be hasty to renounce hybrids and modern performance as corruption and bastardization.

Affiliated prepossess of such was propagandized likewise by indigenous colonial elites, commencing conference regarding heritage conservancy, which progresses for strategies at hindering any possible cultural loss by provoking anxiety to the society (2007).

“Here, a solid evidence is provided to accentuate how Indonesian artists receive such judgemental and sarcastic viewpoints – which most likely be their ultimate reason to stay safe and don’t aim for cultural exchange”.

Contrary to the prohibited notion of Indonesian artists collaborating in cultural exchange projects – due to concept of upholding the cultural legacy, Childe is firm with idea of which any society must accept the fact that it’s inescapable stance for them to be in position of acceptance towards diffused technological features and social temperaments (1951). Contended with perception that aesthetic interpretations of hybridity in art should be viewed as corruption and considered as attempt to undertake art’s purity for exploitation. Instead, he reasons that all societies who ever live in diverse historical environments to have certainly undergone various vicissitudes which subject to deviation of traditions and cultural multiplicity (1951).

Hence, Childe believes in cultural evolution as path of restoration inferring to diffusion contribution to furnish societies with technological and social gain, thus conversantly modernising the familiarised pattern into the most exhilarated one through exquisite assimilation (1951). Inclusively, he highlights understandings concerning cultural flexibility, mentioned that regardless of various regional implications extracted from the endemic cultural established practices, the occurrence of the very imperative changes in the most remote parts of the world are still vulnerable to formulation (p.27).

“As belong to country with diverse background, Indonesian artists should have got accustomed to different views thus be part of art cultural exchange is supposed to be zero problematic circumstance. If they dare to attempt art exchange trial, it’s believed that their natural diversity could automatically help them to be part of it”.

Comfort zone affects less presence for Indonesian artists in participating cultural exchange concept; which makes them to have less development – as to improve performance, admittance to initiate and sustain change is required. Despite Indonesia`s geography keeping each province exclusively in idiosyncratic culture, the people are advised to accept more promising innovation rather than holding through static inward embodiment. It’s challenging to be Indonesian artists involving in cultural exchange as their original art practices remain alive and they possess natural communal behaviour. Such collective movement is thought as hybridity or sign of corruption, scared by Indonesian artists if judgement is perceived.

However, Indonesia is no doubt a diverse one, thus it’s logical if there should be no problem to blend and work with assimilation. Hence, with core cultures of Indonesians that take them from cultural exchange opportunity, it’s emphasised that it can’t be the chosen behaviour of today`s globalisation – thus as artists they need to be more open-minded.

Cultural exchange project among many different backgrounds would entail representation of globalised people, and Indonesian artists can’t avoid the process especially through art. Indonesians who are too safe in comfort zone shouldn’t highlight it as the core issue, but should take their best practice of their original culture to be valuable contribution inside cultural exchange project. As Indonesia is rich with diversity, it’s really the time to bring what they have into art and stop being suspicious towards acculturation and possibilities to blend in with other cultures.