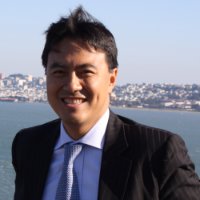 Anisa Kirana (AK): Analysing the last 10 years condition in Indonesia; does the domestic market give real economic profit, both for local business practices and foreign investors?

Indonesia`s bankable middle class is bigger than the population of Malaysia. Hence, domestic consumption has been the engine of economic growth over the last ten years and is likely to remain so in the next ten, especially if facilitated by infrastructure development and continual credit financing from banks. Bearing in mind that bank credit in Indonesia is only about 35% of GDP, compared to over 150% in China for example, which means Indonesia is one of the most under-levered economies.

Indeed if we look at the performance of the Indonesian stock market over the last 10 years, consumer stocks have outperformed stocks from other sectors, such as mining.

AK: How influential is Indonesia`s government regulation toward the business done in the country?

FI: It depends on the sectors. The oil, mining and gas sectors are often seen as the most corrupt, riddled with legal and political uncertainties. Indeed, in these sectors there are often inconsistencies and conflicts between regulations and regulators of the central government and those of the regional governments.

However, in areas such as retail and consumer sector, as well as banking and finance, the regulatory environment is quite transparent and much less corrupt. The rule of thumb is, if we are in the business of selling goods and services to the middle class, we are likely to face a stiff business competition but less regulatory uncertainty.

AK: What have been the main challenges to fulfill the demand of foreign investment and suit it with the government regulation?

FI: Ten years ago investors in Indonesia faced six major challenges: corruption and legal uncertainty, excessive regional autonomy, labour rigidity and lack of skilled labour, poor infrastructure, tax and customs issues. Now they face the same issues, but poor infrastructure and labour or employment issues have become the top concerns. In the end, whatever is the economic strategy of the next government; whether enhancing the manufacturing sector or agriculture, Indonesia`s infrastructure must be vastly improved.

AK: How would you predict the long-term future of investing in Indonesia by concerning its regulatory consequences?

FI: Again, it depends on the business sectors. But, whatever are the challenges faced by investors in Indonesia, foreign direct investment and foreign portfolio investment continue to rise. The corporate sector continues to book double digit return on equity. Many multinational investors continue to believe in Indonesia as one of the fastest markets. Furthermore, many institutions, including the consulting firm McKinsey and Standard Chartered bank, believe that Indonesia will be the top 10 economy in the world by 2030. Many investors would not want to miss this prospect.